The Multilingual UDC Summary has been available as SKOS (XML/RDF) since November 2011. UDC Summary has over 2,500 UDC subdivisions including common auxiliaries (language, place, form, materials, properties etc.). UDC records in this selection contain notes, examples, references and are available in 48 languages. 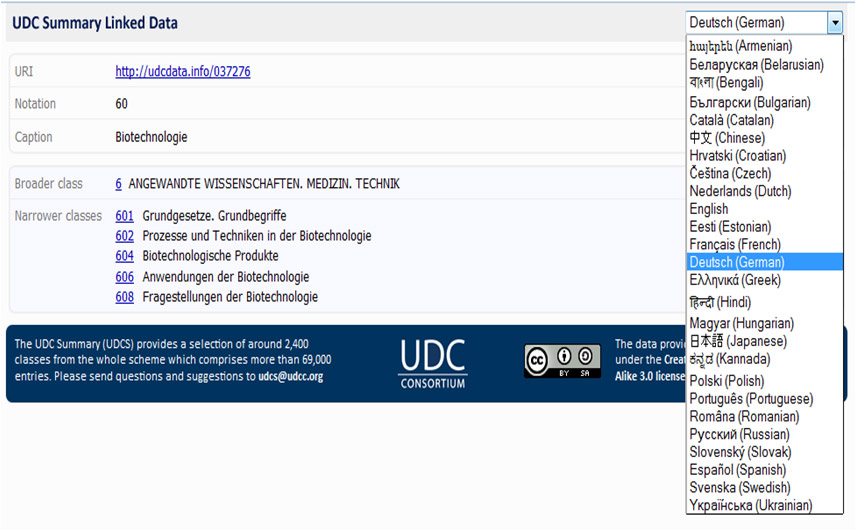 The complete UDC are planned to be made available for machine-to-machine access on the web following the 2012 UDC update. This is planned to include not only 70,000 valid UDC numbers but also 11,000 cancelled classes - which will enable linking and redirecting of library catalogues containing deprecated notations.

The UDC Summary is now being updated and expanded with UDC MRF 2011 data to include more records in the place auxiliaries and biology areas.
Posted by Aida Slavic at 12:23